Promoting peace and co-prosperity among
China, Japan, and the Republic of Korea
News
Others SG SHIN Bong-kil attended a Roundtable Meeting with CSIS experts 2012.09.05

After Amb. Shin gave a keynote speech on trilateral cooperation, the participants had in-depth discussions on the significance of the establishment of the TCS and its implications on the regional cooperation in Northeast Asia.

Remarks by Amb. Shin Bong-kil, Trilateral Cooperation Ushering in a New Era of Cooperation and Responsibility in Northeast Asia.pdf 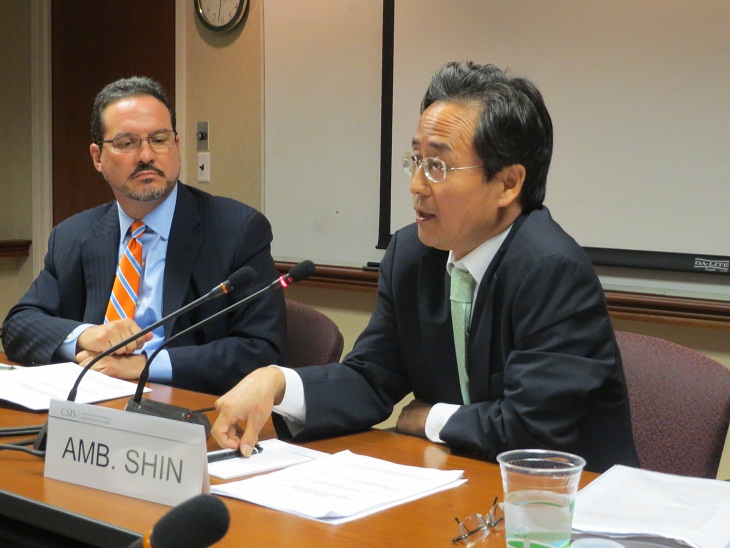