Promoting peace and co-prosperity among
China, Japan, and the Republic of Korea
News
Others SG SHIN Bong-kil paid a visit to UN SG Ban Ki-moon 2012.09.01

On September 1, 2012, the TCS Secretary-General Amb. Shin Bong-kil paid a courtesy call to United Nations Secretary-General Ban Ki-moon during his outreach trip to the United States. The meeting took place at the New York residence of UN Secretary-General Ban ki-moon for about an hour from 15:00-16:00.  After the introduction of the TCS by Amb. Shin, they exchanged views on various issues of mutual interest including the recent developments in Northeast Asia. 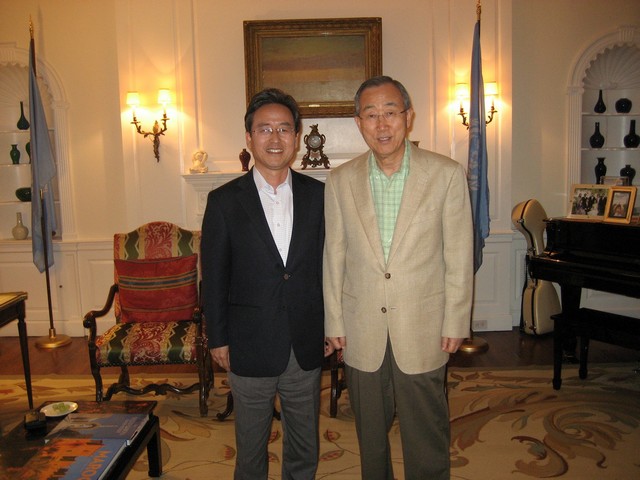